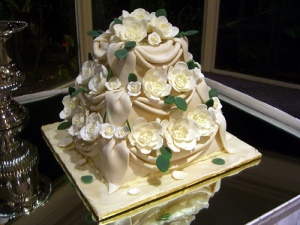 I love watching movies, especially hidden treasures, and I love Tia and Tamera Mowry (although their names are different now they’re married) so when I heard they did a movie called Double Wedding I was like yes! I am so watching this!

But at the same time I was sitting there like how stupid can this man be? They are clearly two different women, yeah they’re twins but dude!

If you haven’t watched the movie then spoiler alert! This guy ends up dating twins and not realising it. Yeah he thinks they’re one person. Which I would believe if they were similar in every way but these women are totally different in personality and there is even one moment when he calls one and the other one calls him at the same time and it’s two different calls. How did he not notice that they had two different numbers?

Lack of observations skills, that’s what

You may be asking how did he not notice that they had two different names? Their names are different but their nicknames are the same: Dee.

Thankfully this doesn’t last for long and they realise they’re dating the same guy. However it takes a while for them to tell this guy that he’s been dating twins the entire time.

But when he finds out man has the audacity to be mad! I mean dude, you were the idiot that didn’t let them get a word in edge ways. He’s like “oh you didn’t tell me” and I’m like you didn’t shut up long enough for them to tell you!

What gets me the most though is that they let him get in the middle of them. Why is it that when girls pine after or want the same guy they end up tearing each other apart instead of tearing the guy apart. Not that the guy needed to be torn apart in this movie, he wasn’t that bad, just stupid. I wish we, as women, would not let some man come between us because our friendship and our sisterhood is more important than that.

I started talking about the movie but really that’s what I got from it, don’t let a man come between y’all no matter how smart, fine or perfect he is. Even their grandmother agrees with me and you know grandmothers are wise.

Side note: I love the movie, I know it probably doesn’t seem like it with my complaints but it’s well written and the acting was just the way I like it, natural. I also loved the fact that Tia and Tamera’s characters (Deanna and Danielle) killed it in their respective work fields. Yes girls, represent!

Side side note: Deanna’s love interest was so hot and I saw that coming from a mile away, he was so into her. And it was beautiful!